Solution components can be isolated, desalinated, concentrated, or extracted. 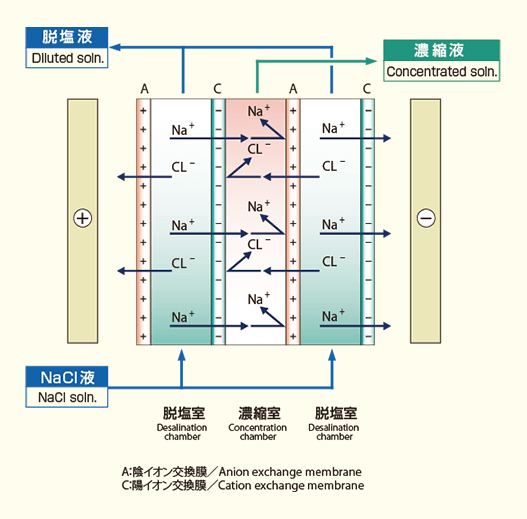 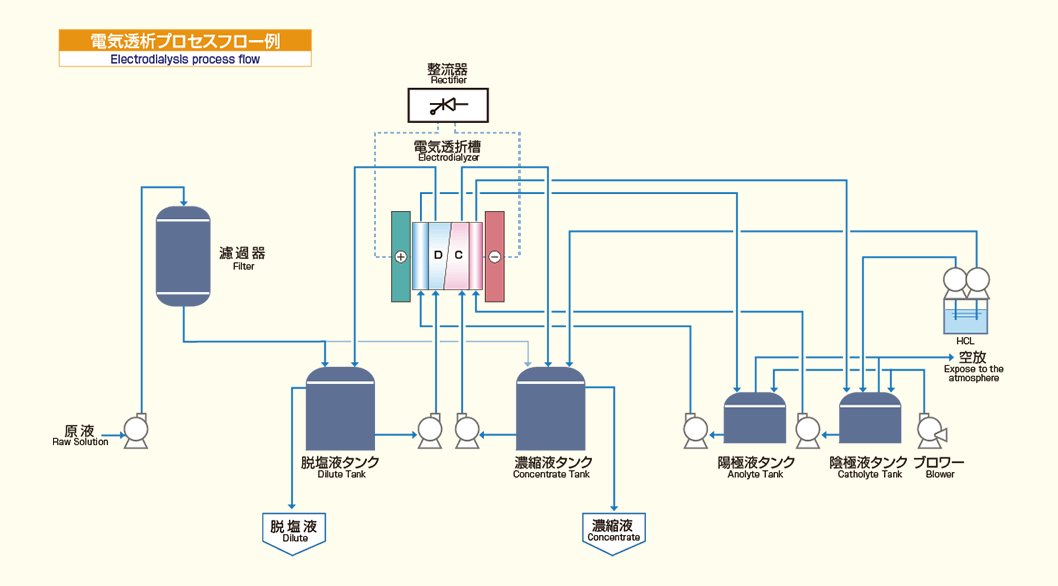 An example flowchart of an electrodialysis process

Desalination and concentration by dialysis are the most basic and widely used ion-exchange membrane processes.

In the acid recovery process as well, raw solution is repeatedly circulated through the electrodialyzer and deacidified/concentrated. 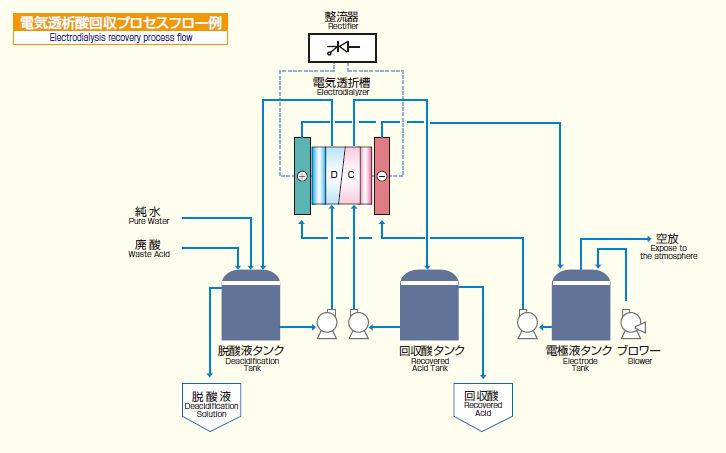 Substitutional electrodialysis using SELEMIONTM is an applied process used to manufacture amino acids, various organic acids, and base compounds. In this process, counterions are replaced with acids or alkalis, depending on the type of membrane used, to manufacture acid derivates or base derivatives from neutral salts. 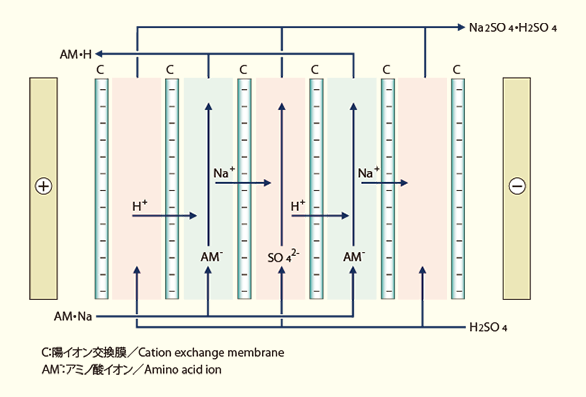